Kodo was tackling a problem founders themselves face: using their own credit cards for company spending. This quickly got them companies like Groww, Inshorts, Mailmodo and Mobikwik as customers.

Founders have to get involved in every credit card transaction. They have to do it themselves or share the OTP with the member making payment. This increased the stakeholders and cut into everyone's time and mental bandwidth.

While there was a need for the offering in the ecosystem, trust was the biggest hurdle to adoption. It was a question they often faced when they approached potential customers.

For Ardith Vijh, this was close to heart. Having run his own startup before, he was well acquainted with the problem and aligned with Kodo’s mission. He realized his immediate goal was to build trust and by extension, their brand.

An indirect approach to a larger set of clients was a part of Kodo’s go-to marketing strategy. They connected with VCs, digital agencies, universities, etc., to speak for their brand and extend trust. VCs and investors were the first stop because of their access to portfolio companies.

Email is the preferred channel. But email marketing was not an avenue the team was proficient with.

With platforms like Mailchimp or SendinBlue, there is a lot of red tape. There was a long waiting time for someone to respond to our queries, or sometimes they don’t even respond. None of us had experience with mass email marketing. We didn't know how to navigate when we signed up for the first time. It was not made clear by the platforms. We got blocked in the first campaign of 400 emails.
- Ardith Vijh, Growth, Community & Partnerships, Kodo

It was during an event with their investor, Justin Kan when they stumbled upon Mailmodo. Having used other email platforms, the team found appeal in Mailmodo immediately.

Mailmodo made us know exactly what needs to be done and had quick turnaround times. For the first campaign, I had about eight thousand contacts to send out emails to. The customer success team helped us with having enough credits. They also gave us the leeway to scale to the contact size within a span of one or two days.
- Ardith Vijh, Growth, Community & Partnerships, Kodo

This was even before interactive AMP emails came into the picture.

Interactive emails changed the game for Kodo. Allowing user actions from the email, the team immediately saw their conversions soar.

Kodo let their audience sign up for their event with a click of the button in the email. As a result, they saw a massive boost in their event registrations.

The team recorded 11% registrations for their event.

Our event would not have been as successful as it was without Mailmodo
- Ardith Vijh, Growth, Community & Partnerships, Kodo

Kodo also moved its NPS feedback campaign to the platform. The response rates they experienced with interactive email made the team experiment with their outreach campaigns through Mailmodo too.

Kodo send their users newsletters and product updates through Mailmodo. Their open rates average over 50%. Their feature update email got 58% opens.

The ease of use of the platform and the accessible, dependable customer success team makes Mailmodo their choice of email platform for future campaigns as well.

We are planning more use cases for Mailmodo going forward. I think the number one use case that we really see Mailmodo for is to be a hub for any type of marketing emails and any internal communication as well to our customers.
- Ardith Vijh, Growth, Community & Partnerships, Kodo

The Kodo team is planning their email blast campaigns and onboarding flows to be sent via Mailmodo too.

Mailmodo made us know exactly what needs to be done and had quick turnaround times. Our event would not have been as successful as it was without Mailmodo. 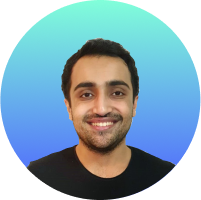